A Strange Case of Reparations - Bread for the City 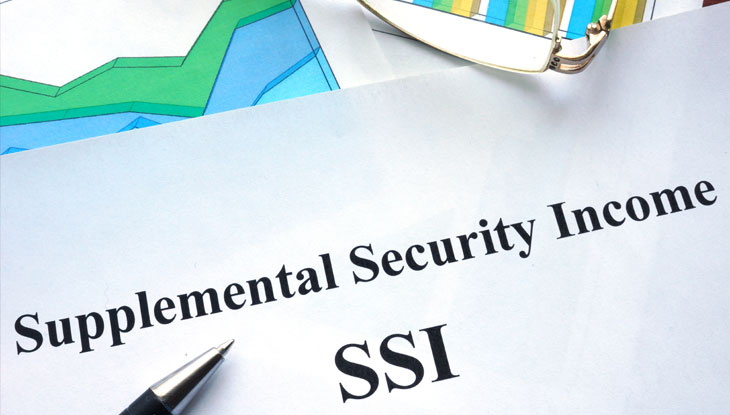 A Strange Case of Reparations

Ta-Nehisi Coates sparked a national conversation with his June 2014 Atlantic article, “The Case for Reparations,” but it is safe to say that the policies suggested by Coates’s article are nowhere close to being realized. It therefore might surprise people to learn that less than a year later, the United States expanded its program for paying reparations to some of its previously wronged citizens.

About a year ago, Social Security’s rulebook was updated to include SI 00830.711: German Social Insurance Payments Under the ZRBG (“Ghetto Pension” Law) for SSI Income. The rule addresses pension payments by the German social insurance program to victims of Nazi persecution who performed paid work while forced to live in Ghettos. The rule began treating “Ghetto Pensions” the same way the Social Security Administration treats reparation payments: disregarding them as income for Supplemental Security Income (SSI) benefit determination.

In this piece, I am going to argue that the United States’ payment of SSI to people under these rules is best understood as reparations from the US government for the Holocaust. I am then going to consider what that means for a country that has so deeply failed to atone for its own sins.

A key thing to understand about SSI is that no one is entitled to actual SSI dollars. SSI eligibility guarantees a minimum total monthly income of $733–about 75% of the poverty line for an individual–but almost all other means of support must be exhausted before SSI kicks in. If an SSI beneficiary receives a Social Security benefit or a veteran benefit, collects a private pension or disability benefit, goes back to work, receives child support or alimony, inherits money, or even receives a free or discounted place to live from a friend or family member, the SSI benefit is reduced. For most “unearned income”–any income other than wages—the SSI benefit is reduced by one dollar for every dollar received after the first 20 dollars (i.e., if someone receives $100 in unearned income, her SSI benefit drops by $80).

Payments made to individuals because of their status as victims of Nazi persecution are disregarded in determining benefits for need-based federal programs like SSI, meaning otherwise eligible survivors can receive reparations benefits and the maximum SSI benefit. This was first decided for SSI in Grunfeder v. Heckler, a ninth circuit case about a survivor, Felicia Grunfeder, who had lost her $119 monthly SSI benefit and Medicaid eligibility because of a $170 monthly reparation payment from the German government and sought reinstatement through the court. The dissent explained the problem: “The SSI program is a need-based program. An individual is eligible for SSI benefits if that person’s income and resources fall below certain statutory figures. Grunfeder’s resources do not fall below those figures.”

If describing a Holocaust survivor suffering from debilitating trauma and related mental illness surviving on a reparation payment equivalent to 47% of the 1980 poverty line as too rich to qualify for financial assistance and healthcare sounds a little heartless, welcome to the world of US public benefits. Here is some legislation you should support. Something was clearly wrong with the picture the judges saw. But the same thing that was wrong for Ms. Grunfeder is wrong for the disabled and elderly people caught in the same trap–a situation where pensions, Social Security benefits, and VA benefits are too little to live on but too much to qualify for SSI–so the court did not justify itself based on a sense of equity or  the survivors’ needs.

Instead, the judges argued that various actions by Congress implied an intention to exclude the income because it was intended as reparations. (This supposed intention was eventually realized in a 1994 law, which exempted payments made to victims of Nazi persecution from consideration as income for means-tested federal programs including SSI, food stamps, subsidized housing, and several others.)

For the judges’ logic to work, they had to place Holocaust reparations into a pattern of other income exclusions. They cited federal reparations payments to Alaskan Native Americans, as well as the Blackfeet and Gros Ventre Tribes of Montana Judgment Funds Distribution Act. The latter authorized a 1976 payment to two American Indian tribes, which was excluded from SSI consideration because, according to Senator Abraham Ribicoff, Congress intended the payments to “‘rectify past injustice perpetrated against the American Indian.’” The majority in Grunfeder argued that the set of specific exclusions was meant to imply a category, and, based on Congress’s history of memorializing the Holocaust and providing tax benefits to survivors receiving reparations, that Holocaust reparations belonged in that category. Similar exclusions currently include Agent Orange settlement payments, Hostile Fire Pay from the Uniformed Services, Radiation Exposure Compensation Trust Fund payments, Japanese-American and Aleutian Restitution payments, DOD payments to certain persons captured and interned in North Vietnam, and victim compensation income.

That would all make a lot of sense except for one thing: The United States did not perpetrate the Holocaust. Thus, it seems curious that the judges would cite other instances of reparations as indications of Congressional intent. (This point was made in the previous ruling by a ninth circuit panel  before the case was taken en banc, but the judges in the final ruling believed the precedent applied nonetheless.)

Was this United States’ admission of guilt for refusing Jewish refugees before the war or not intervening more effectively to end the Shoah? Doubtful, because that runs so deeply against the America-as-liberators narrative that Grunfeder cites and embodies. More likely, the US is paying these Holocaust reparations (or perhaps quasi-reparations) because the Holocaust represents the failure of humanity, Western democracy, science and reason, and other values United States thinks itself  to embody. The Holocaust represents a grave and universal failure, and the US is willing to play its part in atoning.

But the United States has its own victims to make whole, particularly African-Americans, who suffer the enduring economic and social harm of slavery and an ongoing history of racist policies. Our willingness to participate in a reparations program for our indirect victims shows the hypocrisy of our refusal to pay our direct victims and their heirs.

My point is not to argue against the reparations income exclusion for Holocaust survivors or fulfilling what the judges in Grunfeder called “our Government’s interest in restoring a semblance of normal existence to Holocaust Survivors who are part of our society.” My point, instead, is to remind us of what we are capable of doing when we actually care about correcting an injustice.

If the United States can participate meaningfully in the reparations program for Holocaust survivors—and in a way that recognizes intergenerational suffering and trauma no less—there is no excuse  for our national failure to engage in what Coates described as a “national reckoning that would lead to spiritual renewal.” There is no excuse to deny reparations to Black Americans for slavery and its ongoing aftershocks.  None at all.

Ben Bennett is a Dorot Fellow currently living in Jerusalem. He has previously blogged about Social Security and racism while working as a case manager at Bread for the City in Washington, D.C. https://breadforthecity.org/2015/06/how-social-security-gets-racist-part-1/

What about the Jews that bought,
traded and owned Africans, and the Afticans likewise involved?

Hello, Mr. Nix. Thank you for your note. Available information indicates that in 1830 (for example) only 0.64% of slaves were owned by free Blacks. Though that represents 12,907 slaves, that’s LESS than 1% of the total 2,009,043 slaves in the United States during that time. Though some free Blacks who owned slaves had a vested financial interest in the endeavor, we also know that nearly half in 1830 owned ONLY ONE SLAVE, frequently a family member that the freed individual was striving to protect and save from the horrors of the terrible institution (not exploit in support of racist structures or to assert one’s sense of power over others). These things being so, we hope your question is not meant to imply that free Black slave owners were great perpetrators of the atrocities associated with slavery, because (quite simply) they were not. They represented less than 1% of the slave-owning population in 1830 (and other years).

At this time, we do not have additional information on the number of Jewish slave owners, so we are unable to provide statistics to address that portion of your question.