Beyond Second Chances: Returning Citizens’ Re-entry Struggles and Successes in the District of Columbia - Bread for the City 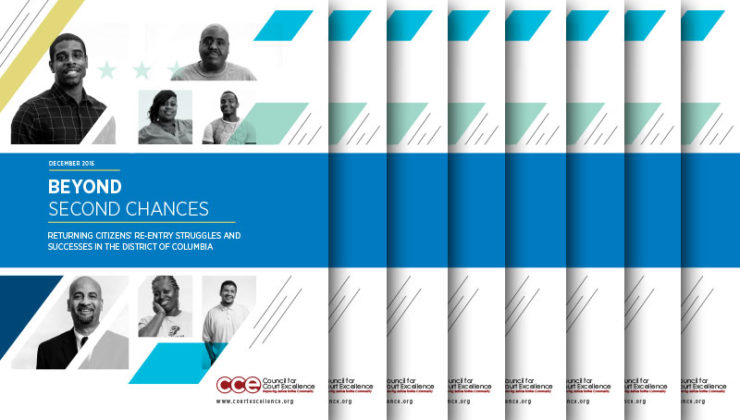 Beyond Second Chances: Returning Citizens’ Re-entry Struggles and Successes in the District of Columbia

Below is an excerpt from the “Beyond Second Chances” report, originally posted by Council for Court Excellence here.

D.C. citizens returning to their communities from prison face an “incredibly complex” path to re-entry, according to a new report from the Council for Court Excellence (CCE).

Through a review of previously unreleased data and a series of in-depth interviews with returning citizens and service providers, this report, Beyond Second Chances: Returning Citizens’ Re-entry Struggles and Successes in the District of Columbia, provides the most complete picture to date of the challenges that returning citizens face in D.C. and offers recommendations to help them succeed when reintegrating into their communities.

“In a city where 1 in 22 adults is under some form of correctional control on any given day, easing the path home will benefit thousands of D.C. residents, their families, and the entire city by helping returning citizens move beyond second chances to fulfill their potential,” said June Kress, CCE executive director.

According to the report, D.C.’s returning citizens face a variety of challenges, including: