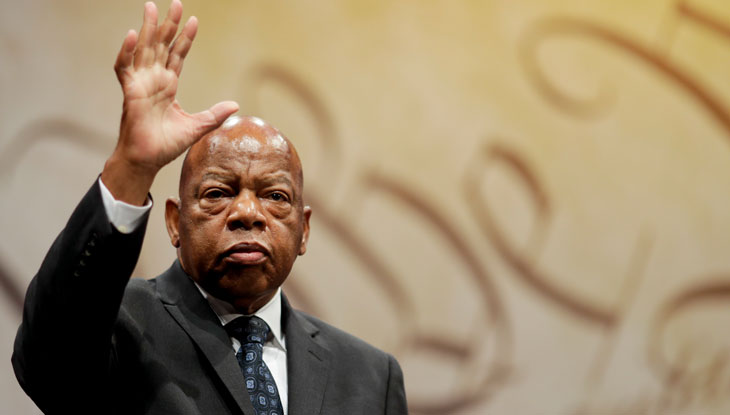 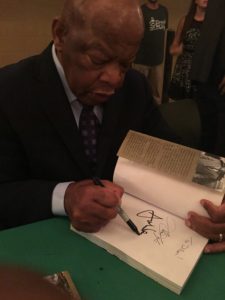 Last Thursday, Bread for the City had the honor of hosting Civil Rights icon Congressman John Lewis and author Andrew Aydin at our SE Center for a book signing of March III, the third in a series of graphic novels.

Published in August, and currently #1 on the New York Times Bestseller list, the novel is a powerful retelling of key events from the civil rights era from Lewis’ perspective. His storied experiences are complimented by powerful illustrative works that both transfix and transport readers to the heart of the black struggle for equality. A timely book against the backdrop of the #BlackLivesMatter movement, the novel is a definite must-read.

“When people said things can’t change, I say come and walk in my shoes,” said the Civil Rights leader in his powerful delivery to a packed audience that included attendees from across DC, including students from Kuumba Learning Center and Higher Achievement. Lewis and Aydin shared their insights and knowledge, and encouraged the packed house to fight for freedom and equal rights. 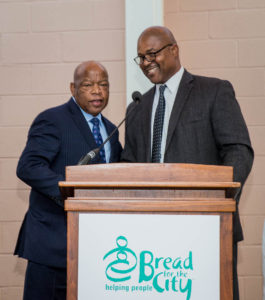 Congressman Lewis (L) alongside George A. Jones, CEO, Bread for the City. 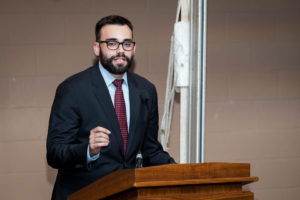 Lewis related several moving stories from his life and fight for civil rights, including one about how he cried on Election Night 2008 when Barack Obama was elected. When a friend asked him about his tears that night and how he would respond at the inauguration, he said, “If I have any tears left, I’m going to save them for the inauguration. And I did.”

Aydin, who in addition to co-authoring the book series is also Digital Director & Policy Adviser to Lewis, spoke as well. He drew laughter from the crowd when he mentioned that Lewis’ response when he suggested writing a graphic novel was to say “‘maybe’ – and if you know anything about politics, you know ‘maybe’ means no.” But Lewis was quickly convinced that the unconventional format would actually be a great way to bring his story of perseverance and activism to a younger audience. 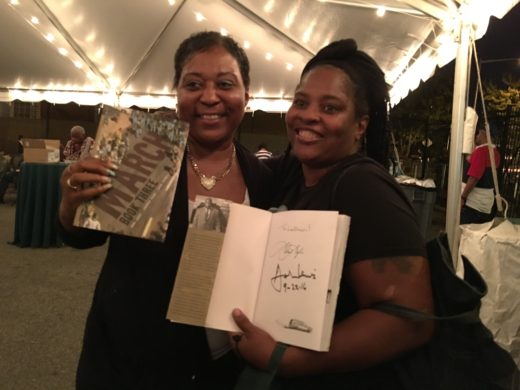