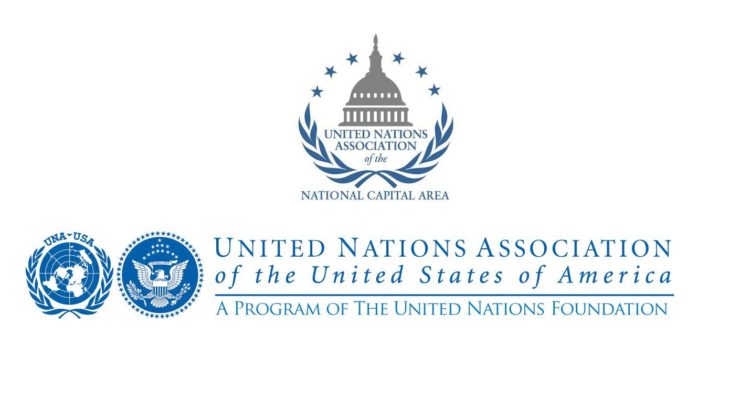 The United Nations Association of the National Capital Area (UNA-NCA) is part of the World Federation of United Nations Associations. Each year, its Human Rights Award honors outstanding leaders in the human rights community. In 2017, Bread for the City (BFC) has earned this distinction! BFC’s Chief Executive Officer, George A. Jones, talks about this significant recognition, and what is on the horizon for BFC’s own human rights work.

What does it mean for the organization to win this award?

It’s always nice when your work is recognized! One of the most important things about Bread for the City is that we are doing this work right here, in the nation’s capital, in a place that is an icon for many people all over the world. A place that is seen as an emblem of justice, and for all that America stands for. And yet it is a place where significant economic disparities exist. That’s the exact reason why we have been fighting the war against poverty for more than 40 years now. So it is important to have our work recognized, because it validates our cause and what we represent: the fight against injustice.

Why has Bread for the City been doing in the human rights area?

In my way of thinking everything we do is related to human rights; it’s about the human beings who come to our doors. We see about 5,000 households every month, who come to us for a number of services that are meant to address their needs. We have a healthcare practice, food pantries, a clothing room, attorneys who take on housing, domestic violence, and public benefits cases, and social workers that work with our clients on any number of issues that they are facing. All of that to me is about seeking social justice for the people who live in this community. Housing, food security, access to healthcare, all of these are human rights. Bread for the City has been a champion and an activist and advocate for people who need those rights. We have been, in a lot of ways, trying to help create a society that recognizes those human rights for everyone without any type of distinction.

What is next for Bread for the City within the human rights area?

Anybody who’s been in Washington D.C. in recent years has seen, like in so many other urban areas, the gentrification that has shifted the makeup of the city. This has led, we believe, to an even greater concentration of people living in poverty and whose human rights are not being met. Most of these people are living in the south-east quadrant of the city. Because of that reason we are building a new center: a 30,000 square foot facility that we hope to complete over the next two years. This new center will allow us to have a bigger footprint in that community where, as usual, we will provide food, clothing, medical and legal, and social services, and there will be more space for the advocacy work that we do as well. We want this facility to be not just a place where people can come in for services to meet their basic needs, but we also want to be seen as a beacon, a place where people can come and work in partnership with Bread for the City to create more just communities and to address the human rights of the people that turn to us every single day.

What do you think are the strengths and weaknesses of the SDGs with regard to human rights?

When we talk about these 17 goals, I notice that they are mostly strong in terms of addressing the main challenges worldwide, like poverty, and hunger, and health… I do think I would love to see the issue of racial disparities addressed. It can be implied when we talk about reducing inequalities, but to some degree, we have to be explicit about the fact that so many of the disparities that are listed in the Sustainable Development Goals fall along on racial lines. And this is happening here in DC, in the United States, and across the world. You don’t have to look that closely to recognize a pattern, where people of color do far worse in these areas, and I think we need to be explicit about it. We need to understand that part of being sustainable is to eliminate any type of racial disparity.

What advice would you give to young people today who want to pursue a career as social activists and want to make an impact on the world?

It is extremely important for everybody to be intentional about making a difference in the world.  Every human being out there, we all have the ability to impact the world, sometimes by doing something as basic as voting in elections or being willing to volunteer at your favorite nonprofit, or speaking to people about issues that matter in your community. Nevertheless, I think there’s a special urgency for young people to address the challenges that the world is facing right now. This is the world that they are going to inherit over the next couple of decades: they will be the leaders, they will be the ones to make the decisions, and, in fact, they are already influencing the future. In some way, a whole generation is being called on right now. Whether we’re talking about decisions around ecology, economy, women’s rights, racial equality, etc., there is a space that is being filled with the voices of young activists, and they are shaping and forming the world through these voices. No matter what professional career they choose, young people will soon find it will be their turn to move the needle around social justice and take leadership on the issues that we are facing today.

*We would like you to join us for the annual UNA-NCA Human Rights Awards Reception honoring Bread for the City, among other outstanding leaders in the human rights community, on Thursday, December 7, 2017.  To learn more about the Admission Ticket information and how can you participate, click HERE.