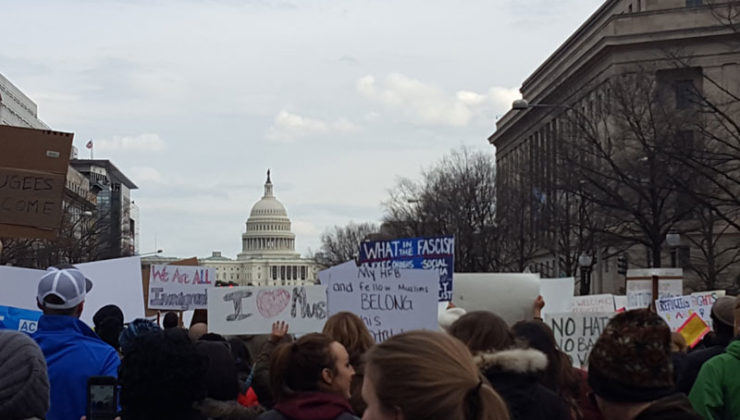 Bread for the City Stands with Immigrants and Refugees

January 31, 2017 by BFC in Advocacy In the Community Racial Justice 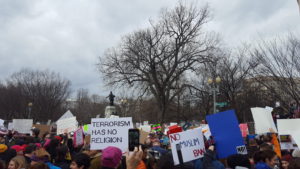 On Friday, President Trump signed an executive order banning all refugees from entering the country for 120 days — or even indefinitely, in the case of Syria — while barring citizens of a select group of predominantly Muslim nations from traveling to the U.S. for 90 days.

As a nonprofit employer of 110+ people in Washington, DC, and neighbor of our newest resident at 1600 Pennsylvania Avenue, Bread for the City is called to respond to this attack on human dignity. This xenophobic ban, which is having excruciating consequences for Muslim immigrants and refugees, goes against Bread for the City’s values of dignity, respect, service, and justice.

While the majority of our clients are longtime Washingtonians, we serve a small but growing number of immigrants and refugees, and our staff and Board of Directors include immigrants and refugees.  We worry about our community, having already seen evidence of the impact of this order across the country. From the Clemson University graduate who was prevented from boarding a plane from Dubai to Washington after 7 years of legal residence in South Carolina, to the Syrian woman with a valid tourist visa who was detained in Chicago as she attempted to visit her mother who just undergone surgery for cancer, there has already been a cost paid in human suffering for this inexplicable and cruel act. 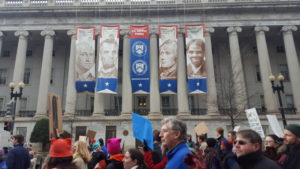 Bread for the City supports Washington, DC’s status as a sanctuary city. We stand with the community groups and individuals who have fought to maintain this status, as well as with Mayor Bowser, Councilmembers White and Grosso, and the rest of the DC City Council, in affirming that all of our neighbors should feel safe in the District. Attacks on sanctuary cities are attacks on us all: our clients, our staff, our neighbors, our friends, and our families.

While the events of the past week are profoundly disappointing for anyone who cares about human rights, we know we are stronger together, and we are heartened by the protests we witnessed across our city and the world.

Bread for the City rejects in the strongest of terms, policies that divide us. We affirm the fundamental dignity and worth of all human beings.

Stay tuned later this week as we discuss what comes next in the fight for justice and dignity, and how you can help.