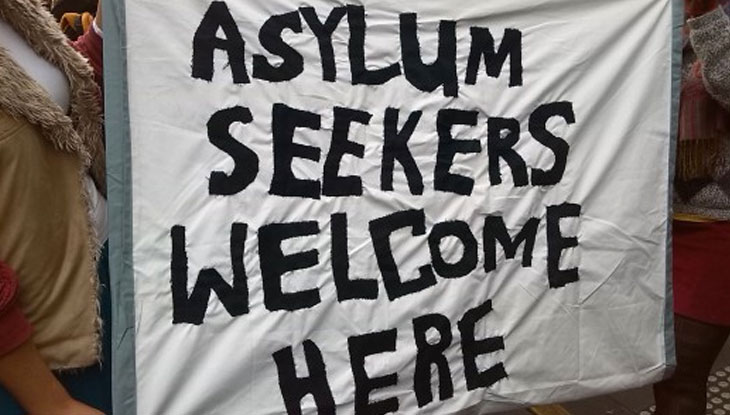 Bread for the City’s Asylum Clinic

For over 10 years, Bread for the City has been conducting forensic medical evaluations for individuals seeking asylum in the greater DMV area.

An asylum seeker is someone who has fled their home country with fear of persecution due to their race, political affiliation, religion, sexuality, or social group. An asylum seeker has not yet been given refugee status and is in fear that if they go back to their country their lives will be at risk.

The majority of ind 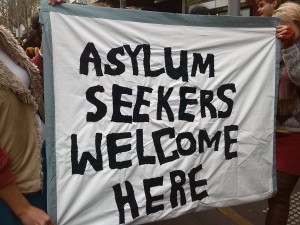 ividuals that we see at Bread for the City have suffered from political persecution and/or imprisonment. These individuals flee from all over the world. Over the past year, these countries have included Ethiopia, Cameroon, Rwanda, Sudan, and Uganda.

In addition to political persecution, many women that we see have suffered from forced Female Genital Mutilation (FGM) in Ethiopia. FGM is recognized as a violation of human rights but continues to be widely practiced in Africa, the Middle East, and Asia. This practice can not only cause severe health problems and death, but it also causes psychological trauma and increased risk of childbirth complications.

In recent months, we have also seen an increase in gang violence cases from Central America and individuals from all over the world fleeing domestic violence, human trafficking, and fear of persecution due to their LGBT status. 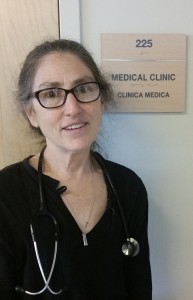 When a person is seeking asylum, they find a lawyer through one of the many private law firms and law schools in the area, or organizations like Torture Abolition and Survivors Support Coalition (TASSC) and the Tahirih Justice Center. Their attorney will then contact Bread for the City’s Asylum Clinic to schedule a forensic medical evaluation to document the physical harm the individual experienced.

The client is then matched with a physician that is trained to perform this type of evaluation. At Bread for the City, there are two staff physicians and a number of volunteer physicians that are aptly trained.

On average each physician conducts 1-3 forensic medical exams per month.

In the evaluation, the physician looks for scars, burns, broken bones, FGM, or any signs of physical trauma. These evaluations typically take 1-2 hours. The physician will then write a formal affidavit to be used in court that explains how these physical markings could be traced to violence and persecution. The physician also often comments briefly on the psychological trauma that the patient has endured. These affidavits are crucial to the success of an asylum seeker’s case.

Over the past 5 years, Bread for the City’s Asylum Clinic physicians have performed over 240 medical evaluations and there has been a slight increase in cases each year. In 2015, we performed 53 evaluations and we have already seen 14 so far in 2016.

For more information about Bread for the City’s Asylum Clinic, please contact asylumclinic@breadforthecity.org.

Make a donation to the Bread’s Asylum Clinic.