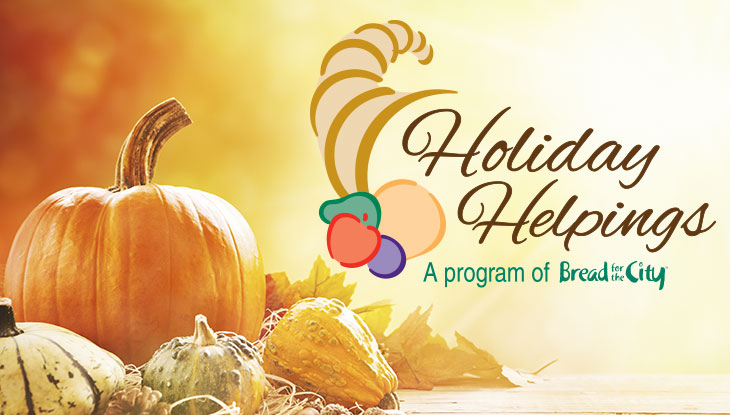 Welcome to “Chairman’s Corner”, where our Board Chair, Paul Taskier, will write about a variety of topics that impact Bread for the City and indeed the community and nation at large. We invite you to Read, Enjoy and Share!

What does Thanksgiving mean?

Is it the quintessential American holiday, unaffiliated with any religion that nonetheless expresses thanks for the gifts of life, family and health?

Is it just a hugely lavish meal accompanied by watching football on television?

Is it the sole family holiday that, as its only reason, celebrates the togetherness of family?

Why are Americans so fixated on Thanksgiving? Only a tiny minority are descended from the Pilgrims who began the celebration. The descendants of the Native Americans who welcomed the Pilgrims and joined them in that first meal surely cannot remember it with fondness. Football on television is a relatively recent innovation. The rest of us, children of immigrants at one time or another and in one way or another, have no ancestral claim on Thanksgiving. Why then does it resonate so deeply in the American consciousness? Why is that Thursday in November a sacred day in the American calendar? 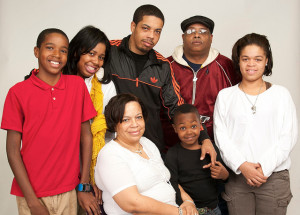 I think it is that America expresses a shining hope for all people, with ideals of liberty, freedom, and human rights that are the envy of most of the world. We need only look at the world around us to see how blessed we have been, even though we know there is much work yet undone. We give thanks for all that we have been given, and we celebrate that giving of thanks with our families and friends.

It is a special day in my family – my mother’s favorite holiday, celebrating for her that she was able to escape the horrors of World War II in Europe and establish a family here, surrounding herself with dear friends and surviving family. Nowadays, we celebrate with my wife’s brothers and their families, with a meal that is over the top in quantity. In fact, it’s just too much, and it’s much too much when we think of the many people who have no Thanksgiving meal at all. 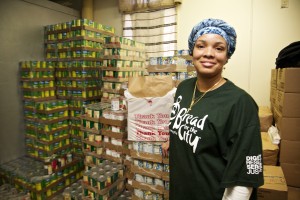 That is why Bread for the City started Holiday Helpings back in 1996. It was a modest beginning. I remember receiving the first flyer asking for $26 to feed a family of four with a turkey and all the fixings (vegetables, gravy, stuffing, dessert). The idea was that our clients could have the dignity of a meal in their own homes, instead of standing in line for a plate of turkey and mashed potato at a shelter.

The idea resonated with me. Bread’s clients were (and are) the poorest members of our society, living on food stamps and having an average income of about $7,000 a year. Without special help, without the turkey and fixings that Bread for the City was providing, there would be no Thanksgiving for these families. It struck me as so terribly wrong that the rest of us would go and have huge meals, celebrating with our families, while people in our same city had nothing to eat.

I made it my own cause, and did a drive to raise money. That effort brought me deeply into Bread for the City even though I had done volunteer work well before that. And Holiday Helpings still remains my favorite program at Bread, just because it touches that part of us that gives thanks and recognizes that we are not alone in this world.

The goal for Holiday Helpings in 1996 was to raise enough money to distribute about 800 turkeys to our clients and their families. Nineteen years later our goal is to distribute 9,500 turkeys. But it is no easy task. Donations to Holiday Helpings is what pays for the food we distribute. We can’t do it without our donors and their generosity. A turkey dinner is now $29 for a family of four, because we have become super-efficient in sourcing our foods.

And now, there isn’t just the one food drive with friends and co-workers, there are over a hundred drives at companies and offices around the region. It gives so many an opportunity to show what generosity means, and a hugely concrete way of making a difference, even if only for a day.

A few years ago, one of the staff in my office came to me with $29 for Holiday Helpings. I knew that $29 was a lot of money for him, so I asked him why he was donating. His answer touched me deeply. He said that his family was very poor and that the only time he ever had a Thanksgiving is when his mother got a turkey from Bread for the City. So now that he was earning, he wanted to give back and help another family have a Thanksgiving.

That is the power of community, of caring, of seeing yourself in the shoes of another and sacrificing a bit so that others do not do without. Let’s make Thanksgiving a holiday where we can all truly give thanks, for what we’ve been given, what we’ve received, and what we’ve done for our fellow man. Please consider a generous gift to Holiday Helpings. If it’s one meal, five meals, ten meals or a hundred, every gift is gratefully received and put to its best use.

May each of you have a wonderful, happy Thanksgiving, knowing that as you enjoy your family’s meal, you have made a Thanksgiving possible for others far less fortunate. 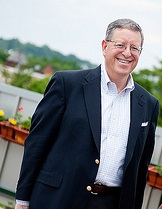