Cross-Post: Residents Will Walk Two Miles With Groceries To Show East Of The River Food Desert - Bread for the City 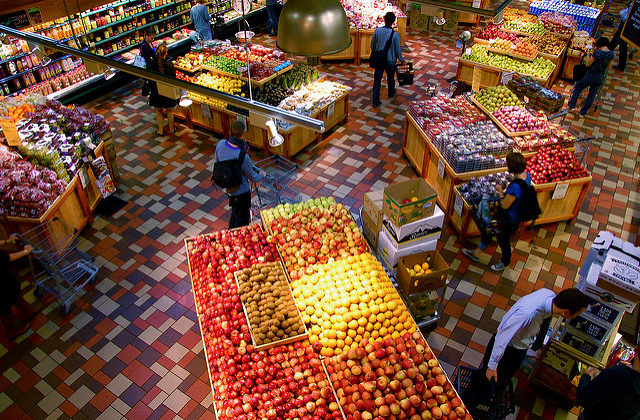 Cross-Post: Residents Will Walk Two Miles With Groceries To Show East Of The River Food Desert

When 26-year-old Dominique Hazzard heard that people in cities like Austin have walked to protest the lack of food amenities in their communities, she thought “that would be perfect for D.C. to highlight the situation for people in Ward 8.”

The Anacostia resident tells DCist that she pitched the idea to her employer, DC Greens, which is now organizing a “Grocery Walk” in Southeast on October 14.

Studies and reports continuously show how communities in Wards 7 and 8 are food deserts. Most recently, D.C. Hunger Solutions reported that out of 49 D.C. grocery stores in 2016, Ward 7 had two full-service grocery stores and Ward 8 had just one.

At both Safeway stores in Ward 7, residents have had to contend with decaying food, poor customer service, and lengthy waits to check out, among other issues.

The numbers and anecdotes are out there, but Hazzard says the walk will allow such disparities to be seen in another light. “I want people to really be able to picture what this grocery gap looks like,” she said.

Read the full article ‘Residents will walk Two Miles with groceries to show East of the River Food Desert’ by  Christina Sturdivant on dcist HERE.