DC SPEAKS! - Bread for the City 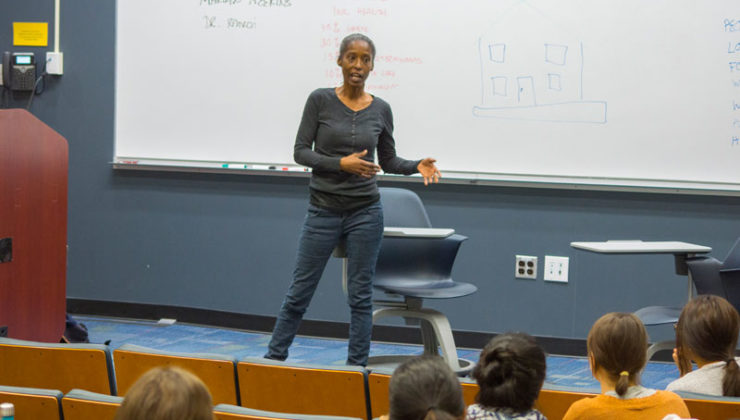 Bread for the City is starting a new blog series—written by clients—about what it is like to live in poverty in the 5th most expensive city in the nation. “DC SPEAKS!” will lift up the voices of resilient clients who are fighting back to ensure that they can remain in the city they have long called home. Stay tuned for monthly posts!

How do I escape poverty when I can’t get a job?

A recent report from the Council for Court Excellence (CCE) revealed that: “The struggles that result from a criminal record are experienced almost entirely by D.C.’s black community.”

Marian Meekins, who has been a Bread for the City medical client since 1999, is one such resident who has experienced the struggle of being a returning citizen of DC. Here is Marian’s story in her own words:

Many years ago, I was charged with possession and intent to distribute [drugs] and I also have two assault charges for conflicts that got out of hand. It doesn’t matter how long ago, I’m still held to it. Even 15 or 20 years later and you’re trapped. I don’t want to lie on the job application and 10 years later they fire me because I lied, but how long do I have to pay for it? I understand you carry your number for the rest of your life but do you have to keep carrying the title?

Our generation is inflicting damage on the next generation [because] the generation before inflicted damage on us. It keeps going down in generations, the same pain. They are addressing what they are seeing right now but also forgetting it came from somewhere. 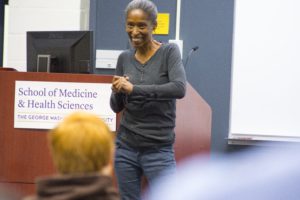 I have six children. Four of them are mine and then two I raised after my sister died of Lupus. I’m the mother and the father, and I’ve done a good job.

I didn’t shelter them from the street but I always pushed them to their education. Now, my daughter is an office manager and part-time school teacher, one of my sons is a school teacher, and another is doing construction. Right now, one of them is incarcerated and this is what I’m talking about when I say we’re inflicting damage. It’s a pattern; I did time, now my son’s doing time. A pattern that we need to break.

I’ve got five certificates from different job programs and they haven’t done anything to help me, even though they all promised to help me find jobs. They get your labor for 90 days and then they don’t hire you on after that. I won’t lie, some of the experiences were good, but most of them were bad because they didn’t do anything to help me. I was sexually harassed on one of the job trainings and robbed on another one. Both times, no one addressed the situation so I just quit. That’s a feeling I’ve dealt with all my life so…I’m numb to it.

We aren’t that fortunate over here in Wards seven and eight. It’s almost impossible for us to find affordable housing and there are hardly any resources for us. Trump keeps threatening to repeal Obamacare and I’m worried about that because how am I supposed to access health care for my family?