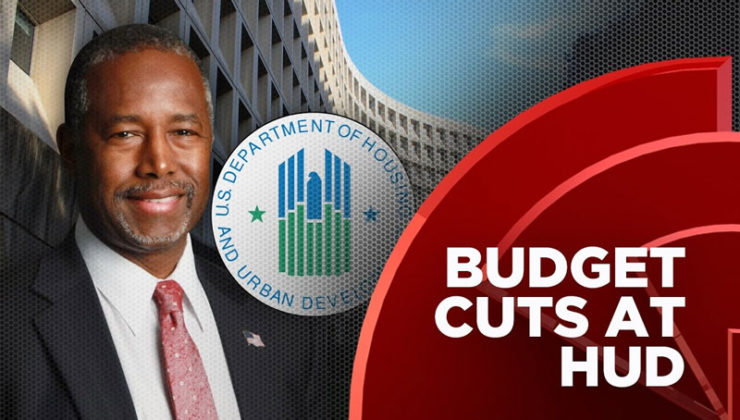 Disinvestment from HUD will have catastrophic effects on DC – Part 2

April 11, 2017 by BFC in Advocacy Affordable Housing In the Community

This two-part series on the proposed budget cuts to Housing and Urban Development will take a closer look at the impact these cuts would have on DC. Click here to read Part 1.

A Bread for the City community member who lives in public housing, and chooses to remain anonymous to avoid retaliation, illustrates the devastating impact poor housing conditions have had on her family:

“We moved into public housing in October 2013, and my mom had brought us a new rug to cover the hospital-like tile that was on the floor. Our first month there, I woke up one morning and my entire living room was flooded. I had to sweep water out the back door and throw away everything that had been destroyed from the water damage including the rug my mom had just purchased. I did not complain because I was just grateful we had our own key and no one could tell us to get out.

My housing is in a pretty decent neighborhood; my issues are with the conditions of the property itself. Fast forward and it is February 2017, and to date, my ceiling leaks once a week either in the bathroom or kids’ bedroom. I have several holes in my ceilings that DC Housing Authority employees covered with plastic bags. Those bags have been hanging from my ceiling for about a year; one is in the living room, and the other in the children’s bedroom. I’m sure my kids and I are living with mold from the water damage.

Over the years I have had to throw away children’s beds and now they sleep on air beds because of the leaks. I cannot afford to replace mattresses regularly. Other items I have had to discard and replace are towels, clothing, toys, shoes, etc.

I have never had heat in the winter months so I purchased space heaters to keep us warm. I live on the first floor, and none of my windows lock. I’ve asked DCHA to fix the locks and they haven’t done it. In the summer months we cannot sleep with the windows open because someone may break in while we are asleep. My bathroom is falling in around us. DCHA has come in and patched the bathroom ceiling, but the next day it floods from upstairs – what’s the point?”

About four out of every five of DC’s public housing units need significant improvements, according to a study by the DC Fiscal Policy Institute (DCFPI). The upgrades and replacements are estimated to require $1.3 billion in expenditures. Meanwhile, the federal government only contributed $14 million for capital improvements in 2015-2016, “and much of that went to filling gaps in the agency’s budget.”

Due to the inadequate and potentially shrinking funds for federal rent subsidies, DC’s Housing Authority wait-list is still closed with just over 40,000 people on it. Bread for the City is part of Fair Budget Coalition’s call for about $45 million to be spent across six vital subsidized housing programs, plus $150 million for housing construction and preservation, in FY18.

If Trump’s massive disinvestment is successful, it will help the political forces that want to make the case that public housing is a failure and must be radically diminished and/or privatized. We have already seen, both in DC and in major cities across the country, that the privatization of public housing, done without specific intent to keep people in their communities, causes serious community disruption and displacement. That’s why we’ve been working with residents at Kenilworth Courts, Park Morton and elsewhere to pressure the city to implement phased redevelopment plans that keep residents in their neighborhoods during and after construction.

Last year, Bread for the City successfully advocated for a DCHA Board Resolution that prohibits the creation of resident screening criteria (like drug testing, credit checks, and work requirements) for New Communities Initiative (NCI) properties that are more stringent than the screening criteria DCHA uses for traditional public housing developments. Our Community Lawyering Project was also then able to get the protections of that Resolution included in the zoning order and relocation/re-occupancy plan for Kenilworth Courts – a non-NCI property.

We know that unsafe and unhealthy conditions abound in DC’s public housing, and that chronic disinvestment, plus traumatic withdrawals of resources such as in Trump’s proposal, put people in unsafe living conditions and out on the street. We know the real problem is not any personal failings of public housing tenants, but a discriminatory disinvestment by public officials.

In order to shed light on these issues and publicly present the need for greater funding to repair people’s homes, we are calling on public housing residents and residents with vouchers to submit photos of their conditions to Bread for the City. This can be done completely anonymously by emailing us at organizers@breadforthecity.org, or calling us at 202-791-3997 to share your photos or videos.

You can also tweet them publicly with the hashtag #RepairOurHomes and/or #unacceptable. It’s our belief that by publicly sharing these images, we can show our mayor and city council members that they must fund repairs and allow our neighbors and community members to live safely, healthfully and with dignity and justice.