Happy One Year Anniversary to the “Ban the Box”! - Bread for the City 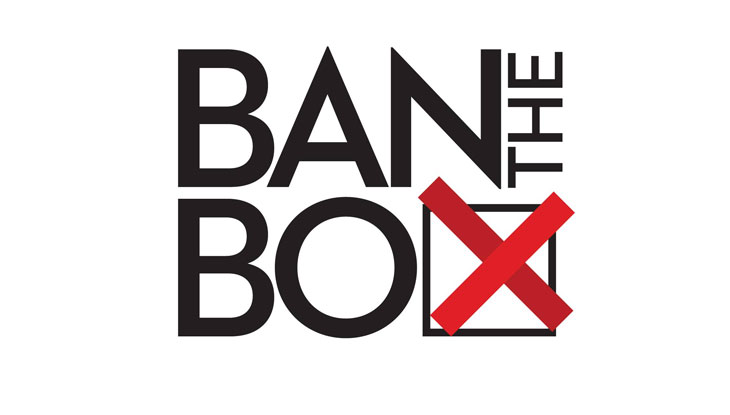 Happy One Year Anniversary to the “Ban the Box”!

December 17, 2015 by BFC in Advocacy Community Lawyering Project In the Community Legal Clinic

If you follow us at Bread for the City, you know that last June, the DC City council passed the Fair Criminal Record Screening Act (also known as “Ban the Box”). This law protects returning citizens from discrimination from employers. It was passed thanks to the tireless efforts of community members, returning citizens, organizations around the city, and Bread for the City’s Community Lawyering Project (including our own Aja Taylor, who won an award for her efforts!).

At our centers, we see firsthand the detrimental effects of policies that automatically disqualify returning citizens from employment. Our Southeast center is in Ward 8, which has the city’s highest unemployment rate, and the largest percentage of returning citizens in the city. Studies show that stable employment greatly reduces the rate of recidivism, but many people never get an opportunity to demonstrate their skills because some employers won’t even interview applicants with criminal records. This results in people not being able to support themselves or their families.

That’s why the Ban the Box law is vital to removing this barrier to employment for many DC residents. The law makes it illegal for employers to discriminate against returning citizens by asking them about their criminal history on their initial employment applications. The law also makes it illegal for employers to look into an applicant’s criminal history until they have given a conditional offer of employment. This means that until the employer has offered the job to the applicant, contingent only on running a background check (or another employment-related reason), the employer cannot ask about the applicant’s criminal history. The law also requires employers to provide a legitimate business reason for why they chose not to hire an applicant. Finally, the law gives applicants the right to receive the paperwork related to the employer’s decision not to hire them, as long as they ask within 30 days of learning of that decision.

The law provides for one other significant right: An applicant who has been discriminated against has the right to receive money from the discriminating employer. You read that right! If the Office of Human Rights finds that an employer has violated this law, they will be required to pay a fine. Half of that fine goes to the DC government, and the other half goes directly to the applicant who filed the complaint.

The law went into effect on December 17, 2014, one year ago today. Since then, Bread for the City’s Community Lawyering Project has been working hard to help DC residents know their rights and enforce the new law. We teamed up with one of our client leaders, Chearie (who helped us advocate to get the bill passed in the first place) to craft a training specifically for returning citizens. Through these trainings at community organizations, public libraries, and other providers that serve returning citizens, we have been informing people about their rights, what to do if they think they have been discriminated against, and the power of using their stories to fight for their rights.

Katie Wallat, an attorney in the Community Lawyering Project, has also been representing clients in Ban the Box complaints filed in the Office of Human Rights. The result? A total of $4,950 has been paid by employers directly to our clients! That’s nearly $5,000 for returning citizens who have been empowered to fight for their rights.

And the Community Lawyering Project is only getting started. Happy anniversary to a law that is helping people remove a barrier to employment, and here’s to another year of continued empowerment!

*Katie’s work is made possible in part through private funds awarded by the DC Bar Foundation.