Meet the artist behind our Holiday Helpings design! - Bread for the City 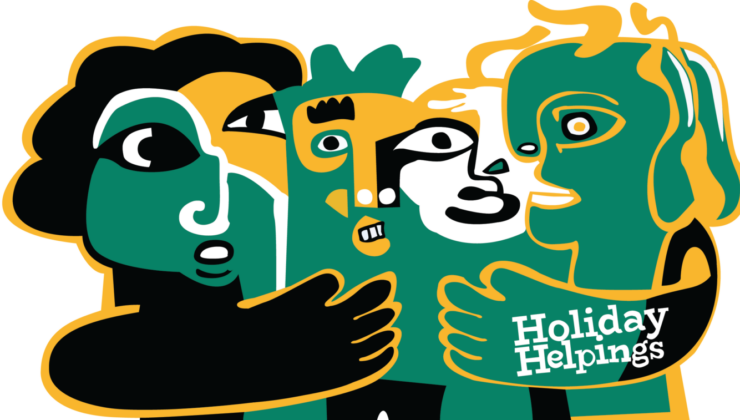 Connecting community and art is a unique skill many artists bring to light. It’s incredible how a piece of artwork can get an entire community together, and it’s something Juan Pineda has mastered over the past 20 years. Pineda is a DC-based mural artist who owns Criomatic Designs. He created Bread for the City’s new Holiday Helpings design, which can be seen on t-shirts, mugs, and other merchandise to raise money for low-income DC community members during the holiday season. This year’s Holiday Helpings campaign had an ambitious goal, to give over 15,000 households $75 in monetary support, empowering families to determine what they need most during this difficult holiday season. We sat down with Juan recently to learn more about his work in the community, here’s what he had to say!

Where did you grow up?

I was born in Guatemala, and then I moved to Hyattsville, Maryland, in the early ’80s. That’s where I spent most of my childhood teenage years. It’s how I identify myself.

What are your favorite parts of the Washington, DC metropolitan area?

It has a lot to offer, such as the culture and diversity; it’s impressive. It’s spread throughout the city, and you can’t go anywhere without bumping into different cultures. We have the museums, art exhibits, and cultural events that are a part of this city. That’s why people like DC so much; they feel welcomed and feel closer to home because it reminds them of where they are from. 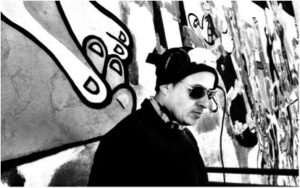 How long have you been a professional artist?

Well, I painted my first mural in 1997 or 1998 in Hyattsville, and since then, I’ve done so much work throughout the years. I’ve now taken on large commissions, small commissions, private and commercial projects. It’s been a few years since I transitioned from part-time to full-time artist.

What made you get into this profession?

It was just something to do for fun, and it became a hobby. I met other people who were also doing it, and we became friends. We’ve made that connection and started creating together. You start believing in what you’re doing when surrounded by individuals who share your vision.

How does the DC culture and history inspire your art?

I can speak as a Hispanic. I am incredibly proud of what we’ve built in the DC area in the last 40 years. Not just in DC but through the metro area. I’m a part of that, and I’m here trying to achieve that American dream, just like everyone else. That’s my culture, and that’s what matters to me.

Why were you interested in collaborating with Bread for the City?