I encourage those of you who like social sciences papers to read their paper directly and have a lively debate about the methodology. Others may enjoy this discussion of the article by a writer from the Washington Post. Anyway, some of the key findings of the paper are reflected in this graph: Before discussing the reasons why white Americans have such a higher benefit-to-contribution ratio than other racial groups, we need to understand why it should be so surprising that an anti-poverty program would redistribute from black to white.

Traditionally, anti-poverty measures redistribute money from the rich to the poor. Food stamps, for example, are financed by a progressive income tax and pay exclusively to low-income individuals and families. Social Security—by which I mean the Federal Old-Age, Survivors, and Disability Insurance Benefits authorized by Title II of the Social Security Act—is a little bit different.

Title II programs are financed by taxing employees’ earnings up to $118,000 at a flat rate of 6.2% for both employer and employee. Because some people earn significantly more than $118,000, Social Security is regressive in the sense that lower earners pay a higher percentage of their overall income. Flat and regressive taxes place a further burden on low income workers because the flat tax charges them a higher percentage of the money left over after very basic living costs are met. Although the tax itself is regressive, the program as a whole is progressive because the benefit formula redistributes from higher to lower lifetime earners.

Whites far out-earn their black counterparts. According to data from the US Census Bureau, average white households earn $55,412 compared to $32,229 for black households. This gap has remained fairly consistent for the last several decades. So how is it that an insurance program that redistributes from higher to lower earners also redistributes from African-Americans to white Americans? The causes are multi-fold, and I will discuss more reasons in future blogs. The authors attribute much of the redistribution to demographic change—groups growing at a faster rate will have relatively more members in the workforce and relatively fewer in the beneficiary pool—but today I want to hone in on one cause that might be even more upsetting than the effect: differences in life expectancies mean major differences in benefits.

Social Security is an insurance program with forced annuitization, meaning benefits must be paid out steadily over time as opposed to being paid in a lump sum. Additionally, benefits never run out for a particular individual, meaning that beneficiaries can collect money as long as they live.

Suppose you have two workers with identical ages and work histories. They both go to retire on their 66th birthday and are approved for benefits of $1200 a month. Person A drops dead of a heart attack the next day and never collects a check. Person B lives for another 20 years, collecting a monthly check that increases 2% every year. By the time Person B finally dies, he will have accrued over $370,000.

We can think about Social Security as insurance that provides, in the words of Roosevelt, “some measure of protection to the average citizen and to his family against…poverty-ridden old age.” In that case, Person A would have no more reason to complain than a person who buys health insurance but never gets sick or someone who buys homeowner’s insurance and never has her house destroyed by a tornado. (They can gripe a little about having wasted their money, but it’s almost always better not to get your money’s worth of an insurance program.)

Old age, however, is a little different from cancer and tornadoes in that people generally want to live a long time. The simple genius of Social Security is that it functions as insurance and forced savings. As an insurance program, it protects people from outliving their savings and it spares the state from spending welfare resources on those who were able to contribute during their working years. As a savings program, it means that all workers are doing something to save for old age and that they don’t lose all their retirement money if investments fail. For people living paycheck to paycheck without the luxury of the ability to save for retirement, a guaranteed check for life is one of the greatest covenants struck with the state.

According to data from the Centers for Disease Control, the life expectancy of a white person born in 1950 (today’s retirees) is 69.1. For an African American, that age is 60.8. The retirement age for someone born in 1950 is 66, with early (reduced) benefits available at 62, just a little more than a year too late for the average black person born in 1950 to see two nickels of her hard earned benefits. That choice in statistics might seem a little manipulative, but consider some other data collected by the CDC from 2009 and published in the National Vital Statistics Reports in 2014. For the average set of 100,000 white Americans, 84, 696 are alive at age 65; per 100,000 African-Americans, only 75,834 reach that supposed age of retirement. White Americans who reach 65 will live an average of 19.1 years beyond their 65th birthdays; African-American 65 year-olds can expect to live another 17.8 years.

Assuming the same 2% per year cost of living adjustment as in the earlier example, and assuming an equal starting benefit amount based on equal lifetime earnings, those statistics imply that the average black 65 year-old will receive 92% of what his white counterpart will receive over their lifetimes. Across those stylized sets of 100,000 members of each racial group and working from the life expectancy at age 65, the black group will receive 82% of what the white group receives.

There is a lot mo re to be said about the relationship between health disparities, race, and Social Security benefits, but I hope that this can open the discussion about the ways in which a colorblind policy with no obvious discriminatory intent can have massively disparate impacts on different racial groups. It also shows how hard it will be to find solutions to some of these problems—a move away from forced annuitization lasting until death to some sort of lump sum would be awful for the 31 percent of African-American elderly married couples and 53 percent of unmarried elderly persons relying on Social Security for more than 90% of their income.

After all, something very curious happens in the population charts after age 95. Despite having fewer survivors at every age noted from 1 to 95, African-Americans take the lead by age 100 with 2,275 people alive per 100,000 compared to 1,983 whites.

White or black, if you live to 100, you probably shouldn’t have to go out looking for work. 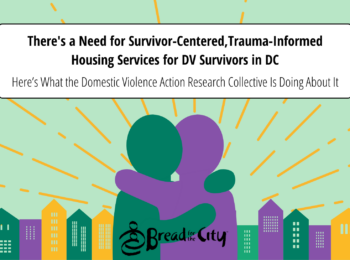 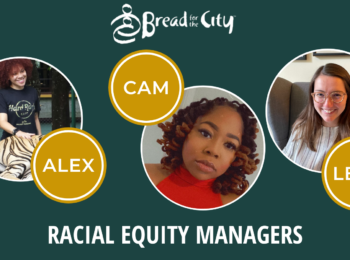