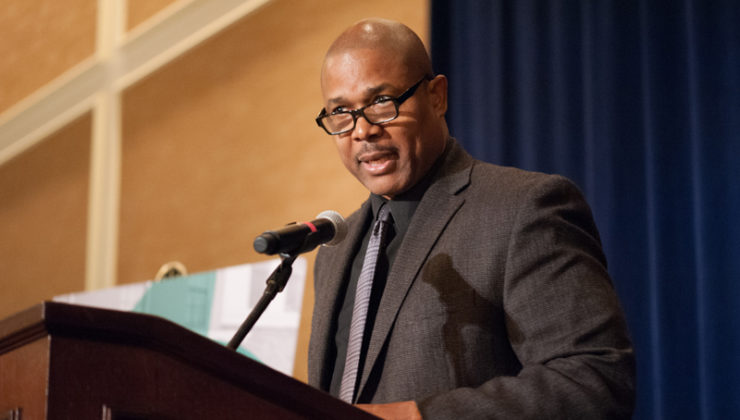 On the Saturday of the Charlottesville unrest, my wife and I were driving to Maymont Park in Richmond, the capital of my home state Virginia, when we started hearing the radio reports of the tragedy unfolding. As a native Virginian, the reports made me extremely sad, but I can’t say that I was surprised.

With the slogan Make America Great Again, unveiled prior to his election last year, the President of the United States signaled his will to move the country backward and away from the progress we’ve made over the past several decades. This same President, only hours after the unrest that resulted in the murder of Heather Heyer, placed blame for the tragic violence on citizens looking to confront and condemn white supremacists for their campaigns of hate for Jews, blacks, and other people of color. His words were, to many of us, code for restoring a kind of brazen oppression that stained previous eras of American history by targeting people of color and other groups for harm, while shielding those white people who inflicted harm from accountability. The events that took place in Charlottesville offer us a portrait of that intention coming to reality.

At Bread for the City, we have sought to rally the DC community around the challenge of bringing more racial justice and equity to the city we serve. We realized early on that the election of the current President was a threat to the gains we’ve made as a city, and as a nation. He offers a false validation to  those who wrongly suggest that the fate of white people is locked in conflict with the fate of people of color. The tragedy of Charlottesville is a sobering call to deepen our commitment to this necessary work. We must not only advocate against the kind of explicit racism displayed in Charlottesville, we must also reckon with the regressive social and political values that Trump voices and symbolizes.

The culture of racism of wasn’t created by President Trump, but it has been worsened by him. The tragedy of Charlottesville is a sobering call to deepen out commitment to this necessary work. Arguably more dangerous than individual, explicit forms of racism is the pervasive and structural racism that informs policies, laws and structures that oppress people of color at every level. We see systemic racism across many fields – health care, education, environmental policy, criminal justice, housing policy. Bread for the City’s  Advocacy Department confronts  these forms of oppression using the tools of community organizing. The department’s efforts are now focused  on finding remedies for DC’s profound shortage of affordable housing, a problem that falls with broad and acute effects on the community we serve.

Meanwhile, the types of racial ignorance and hatred promoted by President Trump fuel the stereotypes and discrimination that help maintain a dangerous (and even lethal) environment for the black community and other communities of color. The killings of Eric Garner, Trayvon Martin, and countless others stand as proof of this.

In the face of dangerous rhetoric like that we have seen from white supremacists in Charlottesville and from the President in DC, we must be intentional and explicit in speaking out. As Dr Martin Luther King said, “The silence of the good people is more dangerous than the brutality of the bad people.” The tolerance of microaggressions (subtle or indirect instances of discrimination) and hate speech veiled as honest ignorance cannot be left to stand. Bread for the City, our city of Washington, DC, and the entire nation are each challenged to break our silence as good people united to oppose racism in all of its forms. Good people must get involved, mobilize, and speak out. Simple acts like registering to vote, calling your members of Congress to fight against repeal of the Affordable Care Act, advocating for policies that make housing truly affordable for everyone, demanding wage equity and condemning racist language and actions are all critical forms of resistance right now, and into the future.

We have to do more of what the counter-protesters criticized by the President in Charlottesville did: condemn racism without ambivalence or lenience. Bread for the City is committed to leading by example and speaking out against the range of oppressions that hurt our community. We invite all other lovers of peace and justice to join in this commitment.