Sometime between June 26 and July 6, 2015, a group of nerds got together to amend the Social Security rulebook to reflect that they were “no longer prohibited from recognizing same-sex marriages for purposes of determining entitlement to, eligibility for, and amount of benefits and payments.” 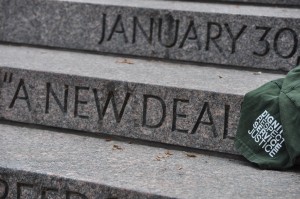 Same-sex couples will no longer be stuck in the limbo that United States v. Windsor left them in, when their marriages were sort of recognized by SSA depending on what particular benefit they were seeking and where they happened to be living. Once the dust settles from Obergefell, same sex couples will presumably be stuck in the same strange Social Security ship as opposite sex couples. This includes the good (spousal and survivor benefits), the bad (the SSI marriage penalty), and the just plain weird (rules about holding out as a married couple and the validity of marriages performed in Jamaica under West Virginian law).

Some more radical writers like Bea Esperanza Fonseca of Black Girl Dangerous observed the growing divide within the LGBTQ movement between “those of us who want to enjoy privilege and exploit others just like white straight men, and…those of us who seek liberation from the exploitative system itself.”

As a cis straight white man who has largely flourished because of this exploitative system, I’m not entitled to a seat at the table as the LGBTQ movement decides what comes next. But as a person who has lived with and loved queer friends, and as a person whose understanding of love and family has grown through encounters with clients at Bread for the City, I hope I can offer a worthwhile critique of a somewhat hidden part of the Social Security system: benefits payable on the basis of marriage.

Over a fifth of Social Security beneficiaries are people other than the workers who earned the benefits, including children, spouses, former spouses, widows, and certain parents of the workers who earned the benefits. (The raw data, using 2009 statistics, is available here. Other statistics in this blog are based on my calculation from this data, and I would be happy to share my spreadsheet if you email me.) 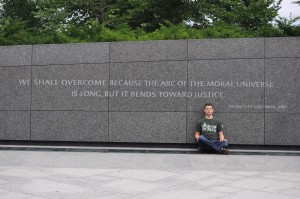 Married people do not pay more in Social Security than unmarried people, but they are eligible to receive more in benefits.

White people are more likely than black people to benefit from marriage-related benefits. According to a Pew Research study discussing 2012 data, 36% of African-Americans over 25 have never been married compared to 16% of whites.

Although my focus here is racial, these rules discriminate based on other characteristics of identity. Even with Obergefell, it seems unlikely that gays and lesbians will marry at the same rate as heterosexuals anytime in the foreseeable future. People with disabilities—especially people of color with disabilities—are far less likely to marry than the population as a whole.

Among whites, there are 30% more marriage-based beneficiaries per worker-beneficiary than there are among African-Americans. Social Security paid about $5.6 billion per month to whites based on marriages compared to $435 million for African-Americans, nearly a 13:1 ratio. For benefits paid to workers, the ratio was just above 9:1.

These benefits were designed with good intentions in mind. They protect women in particular by mitigating the effects of lower lifetime earnings. But they turn out to be one of “the extensive ways,” to borrow phrasing from Rutgers Professor Brittney Cooper, “that our societal structure only rewards one type of family configuration—heteronormative, middle class, property-owning, and generally white.” 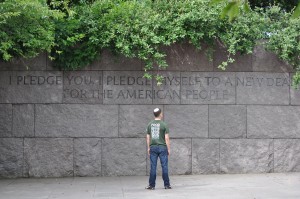 But the fact that some people are not married does not mean they don’t have people who love and depend on them.

Black families have been under attack in this country since their members were bought and sold as discrete units of property. The rules designed by the inheritors of slavery’s legacy still attack the creative and resilient families black people make for themselves.

During DC’s most recent budget season, we saw this dynamic play out at a Department of Human Services hearing. (Start around 6:15—this is a must see of American Democracy in action). As soon as two of our client leaders were finished testifying about their experience with homelessness and Rapid Rehousing, they were interrogated about the status of their children’s fathers.

The two women, Jeneil and Shanee, bravely challenged the assumption that adopting a normative family structure would solve their problems. Shanee spoke about pressure she and her child’s father were receiving from government service providers to get married in order to be allowed to live together. She said, “I don’t think that has to be a lawful thing to just say OK you have to [get married] just to be involved in the child’s life.”

From housing to Social Security and far beyond, the American system fails to support those families which—by choice or necessity—fall outside its norms.

“We don’t need more rules to police parents of unconventional families, writes Dr. Cooper. “We need better options for what families can look like in the first place.”

Just as those who have found their life partners and whose love and commitment is affirmed by the state should have the right to earn Social Security for their loved ones, so should everyone else.

The links to the Part 1/2/3/4/5 have changed since this was originally written. If you, like me, are trying to get to the remaining parts of the post, try these