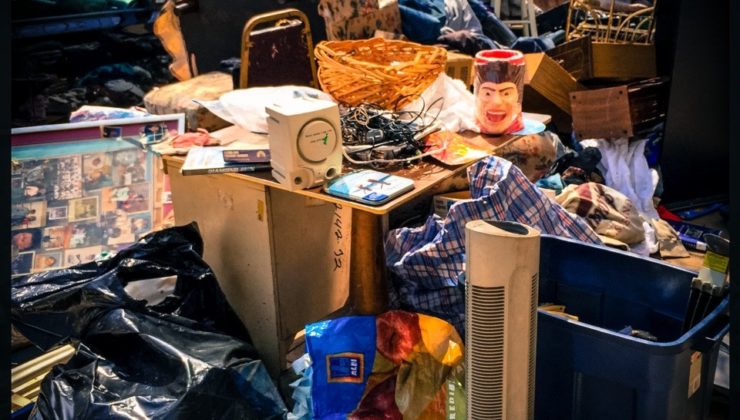 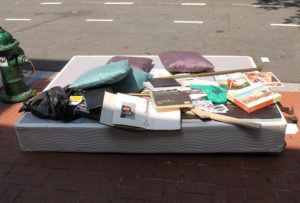 On June 26th, DC City Council unanimously passed the Eviction Reform Emergency Amendment Act of 2018, paving the way for much-needed reform to the eviction process and creating a more dignified process for some of our city’s most vulnerable residents. Under the old process, an evicted tenant’s belongings are set out on the curb, and are usually lost or stolen before a tenant can collect them.

Under the new law – drafted with cooperation from representatives of large housing providers – landlords will be required to instead move tenants’ belongings to storage and prepay the storage cost for 30 days. This will allow tenants who have lost their homes to retain their belongings and giving them time to stabilize their housing and/or assume payment for their stored belongings.

Last week, the chairman of the council scrapped that bill and introduced his own legislation that would only require a landlord to store the tenant’s belongings for 48 hours.

We’re asking Councilmembers to VOTE NO on the new legislation introduced by the Chairman.

Evictions have  devastating effects on families. Giving tenants a 30 day cushion to find some stability while their belongings were in storage could make this already catastrophic process a little more humane.

But we need your help! Please contact your Councilmember and urge them to VOTE NO on this legislation.

Below, you’ll find contact information for every member of the Council and a sample letter you can use.

I’m writing to ask you to vote NO on the Evictions with Dignity Act.   The Eviction Reform Emergency Amendment Act of 2018, passed unanimously on June 26th, paved the way for much-needed reform to the eviction process and created a more dignified process for some of our city’s most vulnerable residents. Walking back that reform would strip tenants of the new protections already unanimously approved by Council  and further harming residents living with poverty. ​

The vast majority of tenants who are being evicted are district residents of color with limited income. The sad reality is that when a tenant is evicted they lose the sum total of their assets, both monetary and sentimental. TO BE CLEAR: EVICTION IS CATASTROPHIC and the supports for those who are threatened with eviction are not sufficient to meet the need.

I can’t be more opposed to what you are suggesting. The vast majority of DC work force housing landlords are not super wealthy individuals that can afford 10 days (on top of the rent already not collected) of vacancy loss. So suggesting having to pay for a crew to move and then pay for storage is even more outrageous. I don’t disagree that evictions are devastating to families, or that there shouldn’t be some mechanism to help individuals that face this hardship; there absolutely should be. However, DC makes it harder and harder for landlords to make money that they can then put back into the buildings to make them more inhabitable. Operating an apartment building small or large is not a cheap endeavor, and hitting the landlords with more costs, is not going to correct the situation.

This is a very great plan and should be a nationwide law. This is the awnswer for a lot of Americans who have an eviction for whatever reason. 1 should be forgiven or at least should not be an issue.
Mary Cheh you are amazing!

Thank you for raising this issue! And for providing DC Council member information for us to follow up with action on our own – so helpful! I’ve created a phone list and email blast group, thanks to you. Having called during Council hearings and letting them know how I’d like the CMs to vote on this, I’m left wondering whether writing would be more effective. On the other hand, two staffers said that they would try to convey my message to their CMs during the hearings.