Our community needs affordable housing, not more police and jails! - Bread for the City 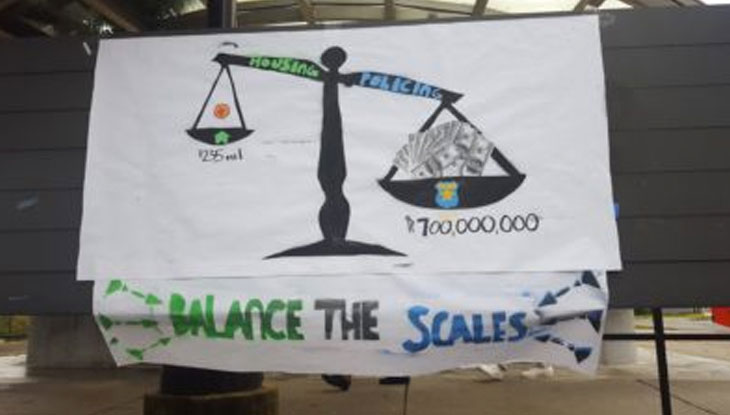 Our community needs affordable housing, not more police and jails!

October 20, 2016 by BFC in Advocacy Affordable Housing Housing In the Community

This post was written by Erin Shields*. Erin is a Community Organizer with Bread for the City.

On October 1st, Bread for the City clients, community members, and allies rallied outside DC General and DC Jail to demand that DC Mayor Muriel Bowser and the District’s City Council invest more in housing than they do in police and prisons. In its current FY17 budget, DC is spending about $700 million on jails and police, compared to only $235 million on housing programs – a 3:1 ratio. 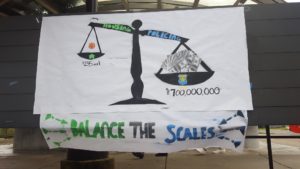 Bread for the City client organizers intentionally chose the location of the rally to highlight the disparity in funding between the city’s housing and policing budgets. With a demand that Mayor Bowser “Balance the Scales”, organizers used images of Lady Liberty’s Scales of Justice to juxtapose the city’s police and housing budgets. 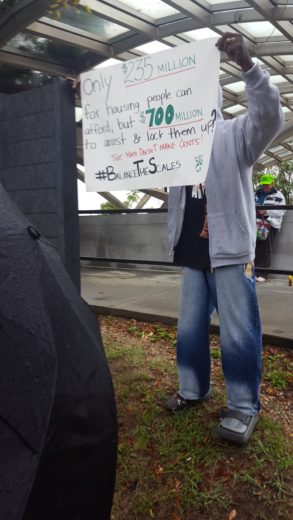 Client organizers, all deeply impacted by housing and incarceration issues, strategized, canvassed, and prepared for weeks prior to the event. Their efforts paid off when nearly 75 people joined the rally demanding Mayor Bowser and the District’s City Council prioritize the housing needs of the city’s most vulnerable. Coming through loudly and clearly, client leaders Nkechi Feaster, Nicole Baker, Brother Rahshad Johnson, and Charles Crews connected their personal struggles to the broader demand for city investments in housing.

“The lack of housing has had a negative effect on my children,” said Nicole Baker, a Bread for the City community leader. “Housing stability would give some mental stability, which would help create a more productive and healthy environment for my children to grow with the opportunities they deserve.”

Their words were echoed by tenant leaders from Brookland Manor and members of the District’s large Ethiopian and Eritrean communities, many of whom are refugees who face additional barriers to housing and employment. Issues of affordable housing affect everyone, particularly those who have been historically marginalized in this city.

Organizers also passed out postcards for attendees to sign asking Mayor Bowser to invest more money into housing than into police and incarceration, and to attend a community meeting this December to discuss affordable housing issues specifically.

Housing is a human right, that is why we have to fight. Join Bread for the City and residents of the District living on low incomes as we demand a #Right2DC.

See coverage of the rally by WAMU here.

Stay tuned to Bread for the City’s #Right2DC campaign by following us at @BFCorganizing, or emailing us at organizers@breadforthecity.org 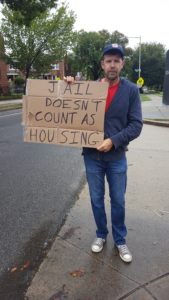 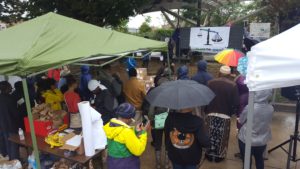 *Erin’s work is made possible in part through private funds awarded by the DC Bar Foundation.