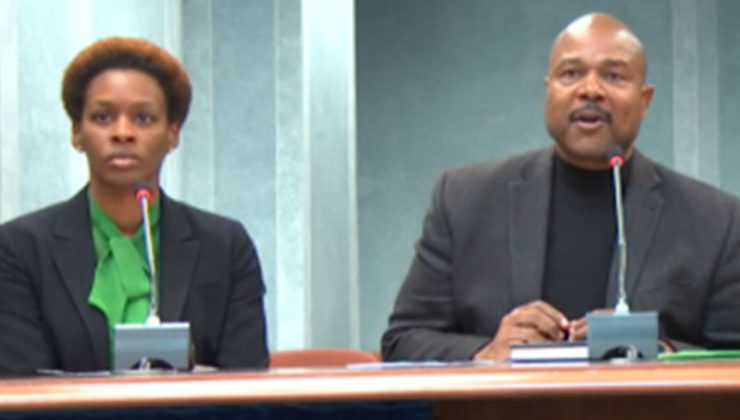 Racial Equity and the Role of Local Governments

Thank you for the opportunity to provide testimony to the D.C. Council Committee of the Whole regarding the performance of the D.C. Council. The Consumer Health Foundation (which I will sometimes refer to as CHF) is a private grant-making Foundation in D.C. that funds in the areas of health reform and economic justice in the District, suburban Maryland and Northern Virginia. Our mission is to advocate for racial equity and racial justice through programs and investments that advance the health and well-being of low-income communities and communities of color. I serve as the President and CEO of the Consumer Health Foundation. 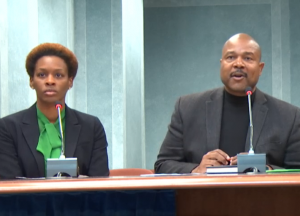 Dr. Yanique Redwood and Mr. George Jones testifying before the D.C. Council Committee of the Whole. (Testimony starts at 1:13:48)

We are asking the D.C. Council to host a workshop on 1) racial equity and the role of local governments and 2) policymaking with a racial equity lens. We are also recommending that the D.C. government join the Government Alliance on Race and Equity, which is a national network of governments that have committed to racial equity. I will return to these recommendations at the end of my testimony.

CHF recognizes that momentum is building in the District of Columbia for a cross-sector approach to racial equity. There are council members, D.C. government agencies and staff in the Mayor’s Office who are committed to racial equity.

In addition, scores of organizations in the nonprofit sector have been trained and are using a racial equity impact assessment tool to analyze their policy advocacy efforts. Trustees and CEOs of the most influential foundations in the philanthropic sector recently completed an educational series entitled Putting Racism on the Table and have organized the Racial Equity Working Group to move their work forward. In addition, the business sector is mobilizing – foundation trustees from the business sector were so compelled by the educational series that they have formed a working group to bring the information to the broader business community.

Finally, in our region, Fairfax County has passed a racial equity resolution and has joined the Government Alliance on Race and Equity (GARE). As stated previously, GARE is a national network of governments working to achieve racial equity and advance opportunities for all. In 2015, GARE provided an introduction to racial equity for D.C. government agencies and councilmembers. We appreciate Councilmember Brianne Nadeau’s attendance at that event as well as staff from the Mayor’s office.

We are in alignment with GARE on three core beliefs:

Possibly the most surprising finding based on data from the National Equity Atlas is that if we achieved racial equity on just one indicator – income – the GDP of the District would have been $65 billion dollars larger in the year 2012.

By taking a racial equity approach, not only can we achieve equity and justice for those who are struggling the most, but we can also achieve greater prosperity for all of D.C.’s residents. The City Council of the District of Columbia can take two key steps to make racial equity a reality: