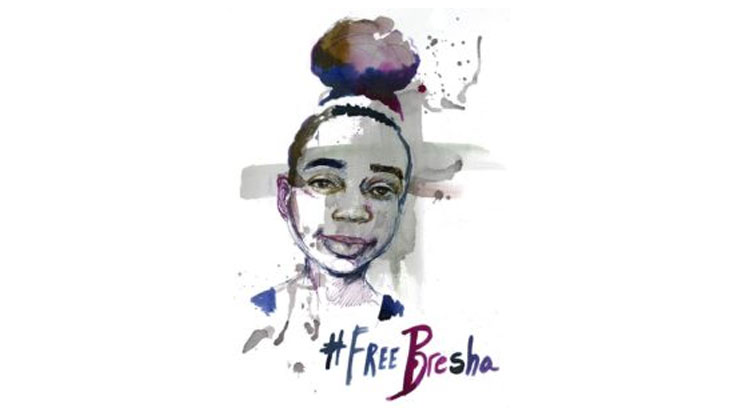 This post was written by Erin Shields*. Erin is a Community Organizer with Bread for the City.

Unfortunately, Bresha’s story is not unique. Women and girls, particularly Black women and girls, are often punished and criminalized for defending themselves in instances of domestic or intimate partner violence. The American Civil Liberties Union (ACLU) asserts that nationally, nearly 60% of people in women’s prisons have a history of physical or sexual abuse before being incarcerated. In certain prisons, this number rises to 94%. Sadly, these statistics are unsurprising when placed in the context of mass incarceration in America, where women of color and women living on low incomes are disproportionately affected by mandatory arrest policies for domestic violence.

Last October, Bread for the City’s Community Lawyering Project hosted a teach-in using Bresha’s story to draw connections to larger trends of women and girls facing incarceration for defending themselves and their children. The teach-in explored the history of the criminalization of girls and children, the ways that all the institutions in Bresha’s life were unable to help her, and asked participants to write their dreams for Bresha once she’s free.

Tracy Davis, managing family law attorney in Bread for the City’s legal clinic said, “Events like this teach in are so important to increasing awareness of how systems meant to assist women survivors of color, often don’t hear, understand, or value their voices.”

As Bresha’s next court date approaches, it’s important for us to not forget her or the young girls like her who are still in jail today. Bresha and young people like her need healing and support, not punishment.

In preparation for Bresha’s upcoming court date on January 20th, people across the country will be taking action on January 19th in support Bresha. Check here for ways to support or host actions in your city.

Erin Shields, Community Organizer at Bread for the City, engages audience at the #FreeBresha Teach-in. The event was hosted by our Community Lawyering Project.

*Erin’s work is made possible in part through private funds awarded by the DC Bar Foundation.