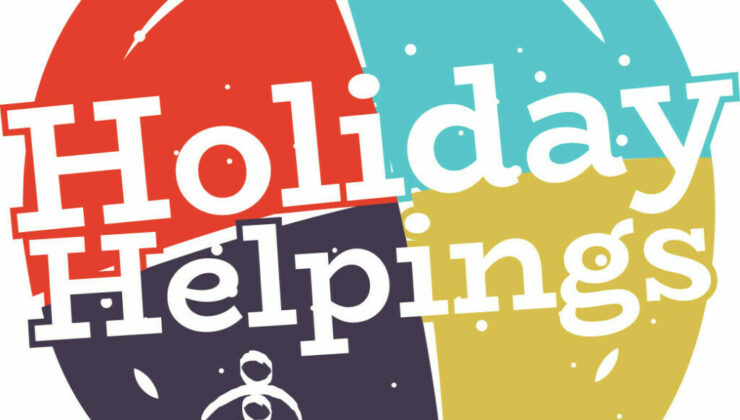 A Conversation about Holiday Helpings with Stacey Johnson

November 10, 2020 by BFC in Development Fundraising

Holiday Helpings has always been more than just providing meals to low-income families, it’s a time for families to come together and participate in something meaningful. Bread for the City’s Northwest Resource Systems Specialist, Stacey Johnson, has participated in Holiday Helpings each year with a fundraising drive and it’s become a welcomed family tradition. The key to her family’s success is having fun while helping the community that Bread for the City serves. We got the chance to speak with Stacey about her participation each year.

SJ: Thinking about it from the community perspective, I like that it brings the community together. Everybody gets excited about the holidays and we’re known to provide something special to the community. We give food, but this is extra and special. As a staff member, we can get really busy and there’s just high energy that makes the day go faster and a little more exciting. From the fundraising perspective, the staff is encouraged by some healthy competition with various prizes. I prefer the bragging rights more so than the prizes, though.

How does it make you feel to see your family involved in Holiday Helpings?

SJ: It’s special and it’s something we’ve been doing since they were really little. It’s also translated into them being much more aware of the different kinds of social issues. They’re identifying different populations and areas where they would like to have an impact. In some cases, it’s different from the kind of work that I do, but as long as they understand that there are people who are different-and-similar to them who are in need and they can make an impact.

Why is Holiday Helpings important this year?

SJ: This year is different from anything we’ve ever experienced. Any community service is just so much more necessary and impactful this year. I’m excited for this year because it’s forcing us to think more about the various issues that impact food security, and it’s forcing us to think outside the box more. We’re also asking people to support a different service than what they’ve done in the past, we’re asking them to take this leap of faith with us in the future of food delivery and food security.  We want them to place their trust in us.

Normally, what is the reaction from the community members when they receive their Holiday Helpings?

SJ: They’re usually really excited and some people are surprised by what they have received. There’s usually a lot of appreciation.

Why should people support Holiday Helpings this year?

SJ: People should support this campaign because we are making a difference in people’s lives and we are doing it in new and innovative ways. We are taking advice directly from the community and following their direction on how to help them.

How did the idea of the fun videos and “don’t be a turkey” theme come about?

SJ: Our “theme” came about by way of a few avenues intersecting. A former coworker used to call people “turkey” as an insult, which we all found to be hilarious. I started saying it at home, too, and somehow between using it as an insult, and talking about fundraising for Thanksgiving, there it was. I think the phrase came from my then-4-year old, and we ran with it. And we did videos because we could– the first year that Bread held an online fundraiser, the platform didn’t support videos. The second year, it was very exciting to learn that we could post videos, so we tried it. And after that, it became an exercise in creativity to come up with something different and exciting each year.