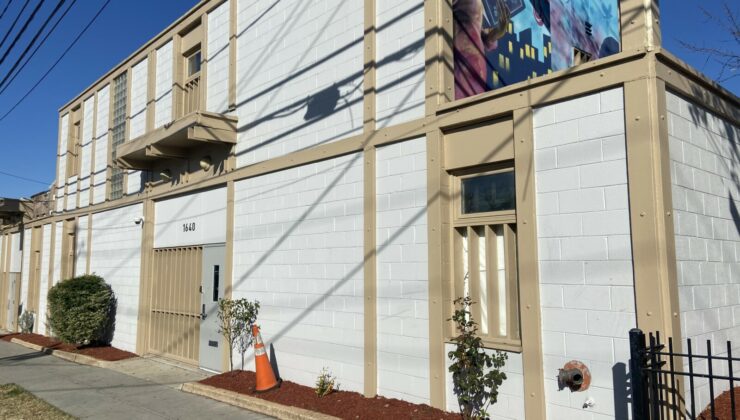 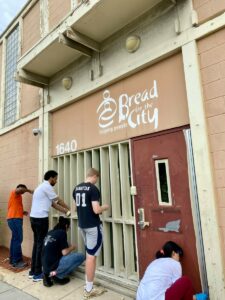 Every day, volunteers help Bread for the City keep running. But it’s not every day that we have volunteers paint the entire exterior of a building! However, on June 8,  Bread for the City’s long-time Corporate Partner, MCN Build volunteered to paint the outside of our old Southeast Center to improve its appearance. Nearly 20 volunteers worked outside in almost 90-degree weather for 5+ hours. This was a great opportunity for a community service project by the MCN Build Foundation, which resulted in getting a fresh new look to our facility.

The painting of the old Southeast Center was done by summer interns on their first day at MCN Build. It was a great project to set the tone on what to expect for the summer:  an example of building community and giving back to others, which is at the core of MCN Build. “It’s not a cliche when we say ‘building our community;’ it’s truly what we do. We like to build schools, libraries, community centers because it’s not about the physical structure but it’s the heart that goes into it. When you have builders that feel that way, it will carry over into the institution,” said Waidman. 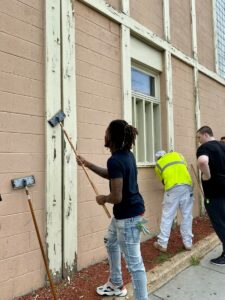 MCN Build is a construction company that is focused on serving the community with its projects. Its goal is to build strong relationships with community-based clients with strong state-of-the-art work. MCN Build wants to build stronger communities and create opportunities with its projects. Bread for the City is grateful for the support of MCN Build’s staff and leadership as we build a better DC, together.