Safety is a Human Right: D.C’s Housing Crisis and Spike in Gun Violence - Bread for the City 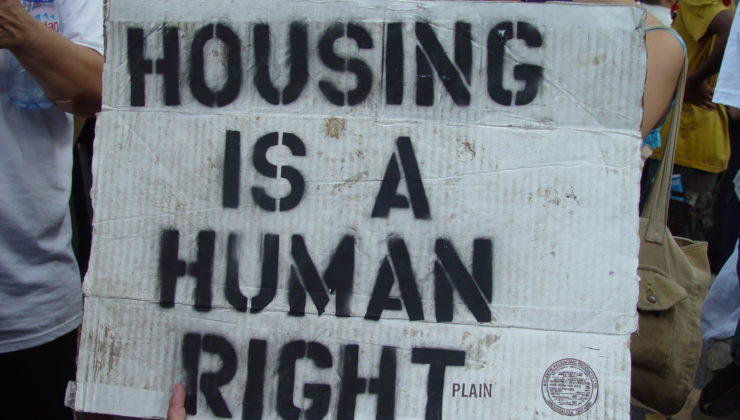 Gun Violence and housing are inextricable…

As of November of 2021, DC has reached its 200th homicide,  which has been reported to be the highest point in 18 years.

As a person who has lost family members, former classmates, and peers to gun violence, it is crucial that we allocate resources and take preventive measures to eliminate the violence within our communities.

The conversation surrounding gun violence in our communities is much larger than “getting guns off the street”. Gun Violence is not an issue that exists in a vacuum. Gun violence is a direct effect of one of the many systemic failures in our society. One of those failures being the housing crisis.

It is not a coincidence that this spike in violence happened in the middle of a pandemic where  people are struggling to pay rent, getting evicted and accruing rental debt. Furthermore, in DC, it was reported that the properties that are being mishandled by landlords are more likely to have violence and firearm activity. Essentially, due to the lack of upkeep in basic housing conditions such as a secure door, gate and adequate lighting, the properties are subsequently becoming more harmful.

Imagine living in a city for generations only to become displaced by developers. Imagine paying rent to a landlord despite living in unlivable housing conditions. Imagine living in a property where your safety is at risk everyday. Imagine your child not being able to simply take a walk in the neighborhood or go to the ice cream truck because of gun violence. For some people they can only imagine, but for DC residents this a reality.

We are now approaching the holiday and hypothermia season, and the eviction moratorium has ended. Safeness should not only be reserved for the people who have the privilege and ability to afford their rent every month. Safety is a human right, and what better way to increase safeness than keeping people in their homes.

Tenants across the District deserve to be housed; therefore, this is a call to action to see where you can support the fight against the housing crisis and gun violence.

Here are the following ways you can help support the fight against the housing crisis and gun violence in DC :