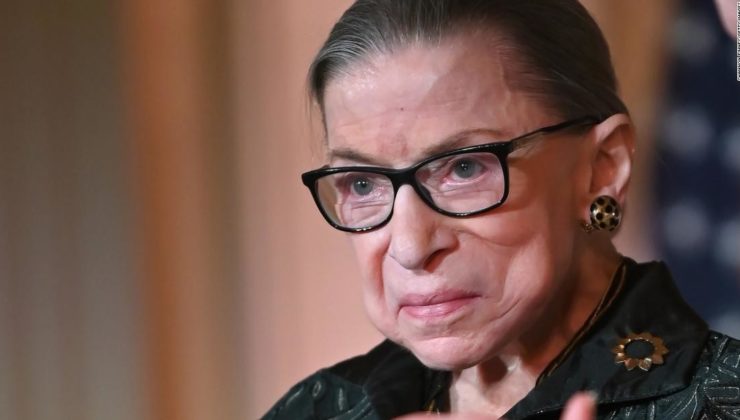 Statement on the Passing of Ruth Bader Ginsburg by George A. Jones on Behalf of Bread for the City

2020 has delivered one blow after another, now we have received a real gut punch with the heartbreaking news that Supreme Court Justice Ruth Bader Ginsburg lost her courageous battle with cancer.

The death of Supreme Court Justice Ginsburg, dubbed by some as the Notorious RBG on September 18th, represented the passing of another Civil Rights Icon, coming only weeks after the passing of the legendary Congressman John Lewis.

Justice Ginsburg, renowned as a champion of Gender Equality, more rightfully will be remembered like Lewis as a great American who spent nearly her entire adult life fighting for the cause of justice, particularly for the rights of women.

If Justice Ginsburg was notorious, she was notorious in ways responsive to John Lewis’s call to get in good trouble. She was indeed notorious for her fearless fight for what is just and right. When writing the opinion that ultimately won the right for women to be allowed to become Cadets at the Virginia Military Institute (VMI), with a twinkle in her eyes, she told the people at VMI that one day they would be proud of the women they let into the Academy. I think it’s safe to say that today, VMI is indeed proud of the women they admit into their august Institution. Just as I’m sure that all justice-loving American’s are so proud of the legacy left, the example set, and the difference made by the Amazing RBG.

Bread for the City mourns the loss of Ginsburg and will always remember her work to ensure justice for all. We believe it’s important for the next president to have the right to replace her and identify someone appropriate for this moment.