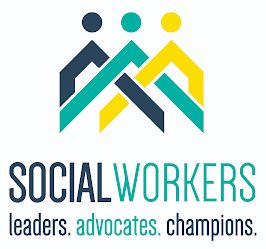 We all have a story: Bread for the City’s Representative Payee Program

Bread for the City provides representative payee services to Washington, DC residents who need assistance in managing their personal financial affairs. Our  Representative Payee Program (RPP) provides payee services, in collaboration with the DC Department of Behavioral Health (DBH), to consumers with chronic mental illness who are referred by a case manager of DBH or an affiliated Core Service Agency.

Being someone’s representative payee can be a lifetime responsibility. Because people are referred to us after they become unable to manage their own finances, we don’t know what their lives were like before they were  diagnosed with a mental illness. But in doing this work we follow through until the end of life for a lot of our consumers.

We often speak with appreciative family members after a consumer passes away- and those conversations really shed light on our clients lives before and after their disease. Families tell stories of how they tried to help their loved ones but ultimately needed the support of Bread for the City to manage the money.  It can be hard to maintain a family relationship when money becomes a struggle or point of contention. In this way, we act as a buffer and support that allows the family an opportunity to keep their relationships intact without the stress of financial issues and arguments.

Ms. H. worked for the Federal Government for over 20 years. She was the oldest of 4 siblings. When she passed away, we had the pleasure of working with her youngest brother and learning of how she came to BFC as a consumer. Mr. H was so proud of his eldest sister. He told us of his young adulthood and his struggles, and how it was Ms. H who stepped in and helped him get his life back on track. He ultimately became an Officer (now retired) with the police department! As Ms. H’s mental health started to decline, he did everything he could to help her. Mr. H says he did not get a good night’s rest until she was connected to our BFC Rep Payee Program. He knew then that her rent and bills would be paid and that she would not end up on the street. And her family had the support they needed, too.

With our help, not only did Ms. H.  remain housed, she even saved enough money to pay for her own burial (always looking out for her family, she did not want them to be burdened by this cost).  Mr. Hill says he will be forever grateful to the BFC Rep Payee program for helping to care for Ms. H. in her final years.

We also talk with families who didn’t know their family members as well as we do because of the separation caused by their family member’s mental illness.  Mr. S was a chronically homeless man, and BFC was his payee for many years. Mr. S. also received health care from our medical clinic, and though he did not do well with formal mental health support, he felt comfortable here with all of us. Because of our relationship with him, Mr. S did not fall off the radar. When he was finally ready to move into his own apartment, we were right there to pay his bills. Mr. S.  lived independently until he passed away in his own home a few years later.

After his death, we learned that he had two daughters who had been looking for him for over 25 years, but were never able to get locate him. Mr. S had their contact information at his home and his daughters were notified right away of his passing. Even though they were living in a state hundreds of miles away, we were able to work with his children to help them give proper closure to their dad’s life.

It is so fulfilling to speak with families and learn so many amazing things about our clients and what their lives were like before their mental health challenges became insurmountable, and it’s equally fulfilling to be able to share with our client’s families how Bread for the City supported them with dignity and respect.

Bread for the City’s Representative Payee Program is made possible by the DC Department of Behavioral Health.