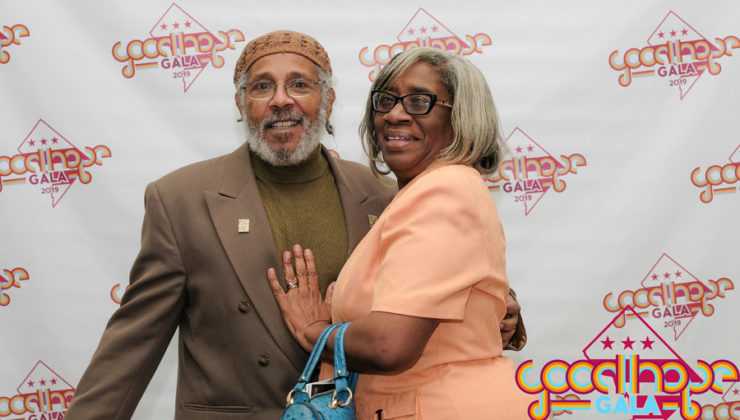 These days, Michael Blue speaks with a tone that is equal parts optimism and fear of the unknown. We’ll get to the former in a bit.

Blue, a longtime client and former board member of Bread for the City, shared his story with us last fall. After six decades in D.C., Blue and his wife, Marnette, found themselves on the hunt for a new place to live after being notified that their landlord was planning to sell the property where they had lived for two decades

It was a blow Michael and Marnette, who are both on a fixed income, weren’t prepared for — a story shared by hundreds of thousands of current and former residents. Displacement has hit the nation’s capital especially hard, with more than 41 percent of neighborhoods being impacted by displacement.

In addition to losing their home, Michael and Marnette endured health scares in the same time period.

“At my age, when things happen to me, I don’t have a job to go back to,” Blue said. “The only people I can lean on is Bread for the City. Bread has helped me with my most recent troubles. We lost our car, the place that we’ve lived for 20 years. My wife’s lung collapsed on New Year’s.”

In addition to his wife’s medical issues, Blue’s voice went out. Doctors found a growth on his larynx. “All within six months,” he says of the setbacks he and his wife experienced.

If you spotted Blue and his wife at this year’s Good Hope Gala, you’d think everything was going well — save for the larynx issue, which relegated Blue’s voice to that of a whisper. The pair mixed and mingled with the crowd, smiling and taking photos before dancing the night away. 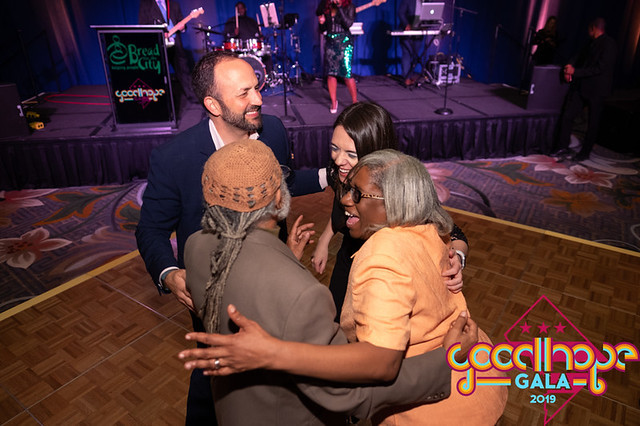 As you can see, Bread for the City is more than a life preserver or a place to get services. It’s also become a place of joy for Michael and Marnette.

“Michael is not only a client, he’s the player president,” Bread for the City’s CEO George Jones says, paraphrasing a famous line from the late Notorious BIG’s “Big Poppa.”

The role Bread for the City played in Michael Blue’s life keeps him coming back. Despite the housing uncertainty, which pushed the couple further away from the NW center, Blue remained active on the board, and Marnette became a Board member this year as well.

“I still came back to volunteer and give suggestions,” Blue said of his tenure with the board. “The help we’ve gotten, you’ve gotta give it back. If you have any humanitarian bone in you at all, you have to give it back. Bread for the City is the only thing keeping our heads above water. Bread and God himself.”

The systemic issues that come with navigating public housing and health-related issues have been debilitating. The Blues, who live on a fixed income, have spent hundreds of dollars on housing applications and have spent nearly a decade on the waiting list for public housing.  It’s the years of disappointment with a city and system that have forgotten longtime residents that fuel Blue’s drive to see Bread for the City expand its services to others in the District living with similar circumstances.

“There are people in Southeast that have no medical options,” he said, lamenting the state of health in the area. “There’s food gentrification. Until grocery stores come in, to get fresh fruits and vegetables there, you have to grow them yourself.”

Bread for the City’s forthcoming Southeast expansion hopes to change all that.

The over 27,000 square foot center scheduled to open in 2020 will bring comprehensive medical services to Wards 7 and 8. In addition to medical, vision, and dental, which will impact more than 4,000 residents, the center will also house a recreation room, locker room, and provide space for mental health services.

“Our Southeast expansion elevates people’s opportunity to get well and stay well,” Jones added. “Not just medically, which is important, but wellness in every sense of the word.”

Jones echoes some of Blue’s sentiments, saying the new center will also look to remedy the systemic barriers that too often keep DC’s majority-Black communities struggling.

“It’s about fixing systems and providing services that give our community a shot. The center will be a state of the art effort to be that place for the community.”

For Blue, the expansion allows others to experience the joy and generosity from an organization he’s come to know and love over the years.

“If it hadn’t been for Bread for the City, I honestly don’t know what corners I’d have had to turn to put food on my table. It’s scary to think about.”

He pauses for a moment before saying, “This is important to me.” 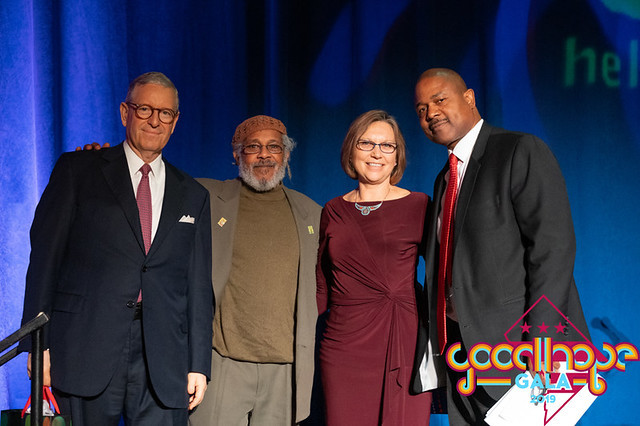