Pushed Out: The Ultimate Betrayal - Bread for the City 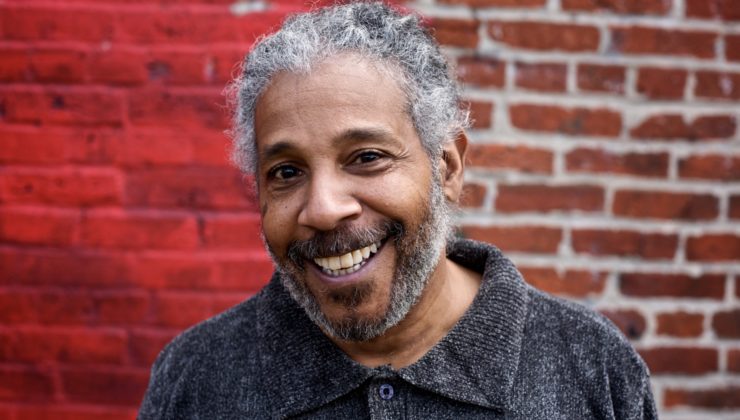 Pushed Out: The Ultimate Betrayal

Michael Blue has called Washington, D.C. home since he was born.

He resides in Logan Circle, sharing the third level of a cozy home with his wife of 20-years. Even as displacement engulfed other areas of the District, pushing residents further to the margins – and eventually, out of – the city, the Blues had a stable place to live.

And in a flash, that all changed.

On August 6, the Blues came home to a notice that the current owner was selling the building. The Tenant Opportunity to Purchase Act gave the Blues, and the other housemates, first right of refusal. The asking price, however, was astronomical.

Today, the Blues are finding themselves squeezed at both ends of DC’s housing crisis. The place the couple has called home for two decades is too expensive, but there are also no affordable housing options immediately available.

Blue is working, but while housing costs have increased, the wages of working-class and lower-income DC workers like him have remained stagnant, leaving many of these households unable to keep up with rising rents. Over the past 16 years, wages at the 50th percentile have increased by only $6, and wages at the 20th percentile have only gone up by $2.

“I’m a senior citizen of course. We’re having a serious time trying to find housing in this city.”

The notice on August 6 gave the Blues a mere 45 days to purchase or pack up two decades of memories and find a new place. Only finding a new place when there’s no place is a challenge the couple could never properly prepare for.

“At this point we’re starting to pack and we’re calling senior residences,” he says of their options. “We’re bumping into obstacles – there’s a two year wait list, if not longer at many places. Or they aren’t accepting applications. Things look pretty grim.”

For a city that boasts of its economic boom, Michael Blue is the latest in a sea of faces – mostly Black – who are pushed out of buildings they’ve made lives in and communities they call home. Increasingly, displacement has clustered much of the District’s Black and low-income residents in Anacostia. Some though, are pushed out entirely.

Blue has been a client and volunteer  with Bread for the City for more than 15 years, including seven as a board member. That connection is one of the primary reasons he’s fighting to remain in the District. Still, with time rapidly running out, there’s a hint of resignation and disappointment in his voice. The thought of being pushed out of the only home he’s known is nothing short of betrayal.

“I’m surprised at the lack of senior citizen living,” he says. “I pay taxes every year. Supported the city when it was down on its knees. I don’t understand why we have programs our elected officials aren’t funding. I guess we’re supposed to leave DC and go to PG County.”

For the city’s elected officials, Blue has one simple request: “I would ask them to walk in my shoes and the people like me. I’d like them to have some family that are in this situation so they could see how it feels. They really need to keep  in mind that they are honestly and truly public servants – and they need not neglect this part of the public.”