Where We Stand: We Wish We Were Wrong About D.C. General - Bread for the City 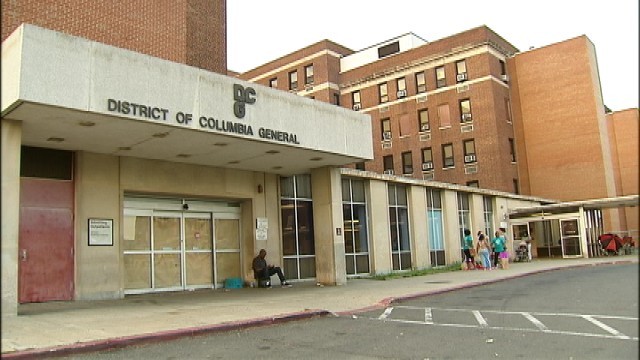 Where We Stand: We Wish We Were Wrong About D.C. General

Last week, along with dozens of other organizations and concerned citizens, we spoke out against demolishing any part of D.C. General until every family was relocated to more safe, stable and permanent housing.

As we stated last week, we agree with Mayor Bowser’s decision to shutter D.C. General. But we strongly oppose efforts to begin demolition under these conditions. And we opposed this decision not because D.C. General doesn’t need to be destroyed — it does — but because doing so while families with children are still living there poses a health hazard.

On August 4, our opposition was founded.

WAMU FM’s Martin Austermuhle tweeted, “Just told by @DCDGS that lead was recently found outside Building 9 on D.C. General campus, which is slated to be demolished this month. Outdoor work will stop for now, but interior demolition will continue…Building 9 is 250 feet from the family homeless shelter at D.C. General. Homeless advocates have wanted no demolition to happen at all until all families are moved out. (Which may not happen until fall.) They are concerned with lead and asbestos dust.”

Where the health and safety of children and families are at stake, there is no “I told you so” good enough, or victory lap long enough to justify or pacify our anger.

Quite frankly, we wish we were wrong about D.C. General.

We wish Mayor Bowser and other city officials have a good reason — or any reason — to rush demolition of the building while it is still occupied. To date, no reason has been given despite repeated requests for comment.

We wish the Department of General Services could be taken at their word, that the city was taking the necessary precautions despite toxic chemical levels in Building 9 being “well below” permissible levels set by federal and state law. But this claim of levels being well below is simply at war with the facts.

We wish in some fantasy land, there was a permissible level of lead exposure permitted and that Black children weren’t more likely to suffer the consequences of government policies and practices that expose them to lead and other toxins. The Centers for Disease Control concludes “no safe blood lead level in children has been identified” and that “lead exposure can affect nearly every system in the body. Because lead exposure often occurs with no obvious symptoms, it frequently goes unrecognized.”

We wish those exposed to asbestos weren’t at risk of “several types of life-threatening diseases, including asbestosis, lung cancer and mesothelioma.”

We wish the effects of exposure to low levels of mercury weren’t unknown. However, we know high exposure can lead to skin rashes, kidney abnormalities, memory problems and other health issues.

And we wish Mayor Bowser, herself a new mother, would look at the 250 children currently residing at D.C. General in the same way she looks at her own child. Deserving of a life of dignity, and free from voluntary exposure to a cocktail of chemicals in the name of keeping campaign promises.

We wish we were wrong about all of this. But since we aren’t, there’s only one right thing for Mayor Bowser to do: halt any demolition at D.C. General until every family is relocated.